Are Ultrasounds the Key To Treating Alzheimer’s?

In 2018, a team of world-renowned brain experts achieved a feat no other group of medical professionals have: using ultrasound and MRI technology, researchers at the WVU Rockefeller NeuroScience Institute treated a patient with early-stage Alzheimer’s disease. 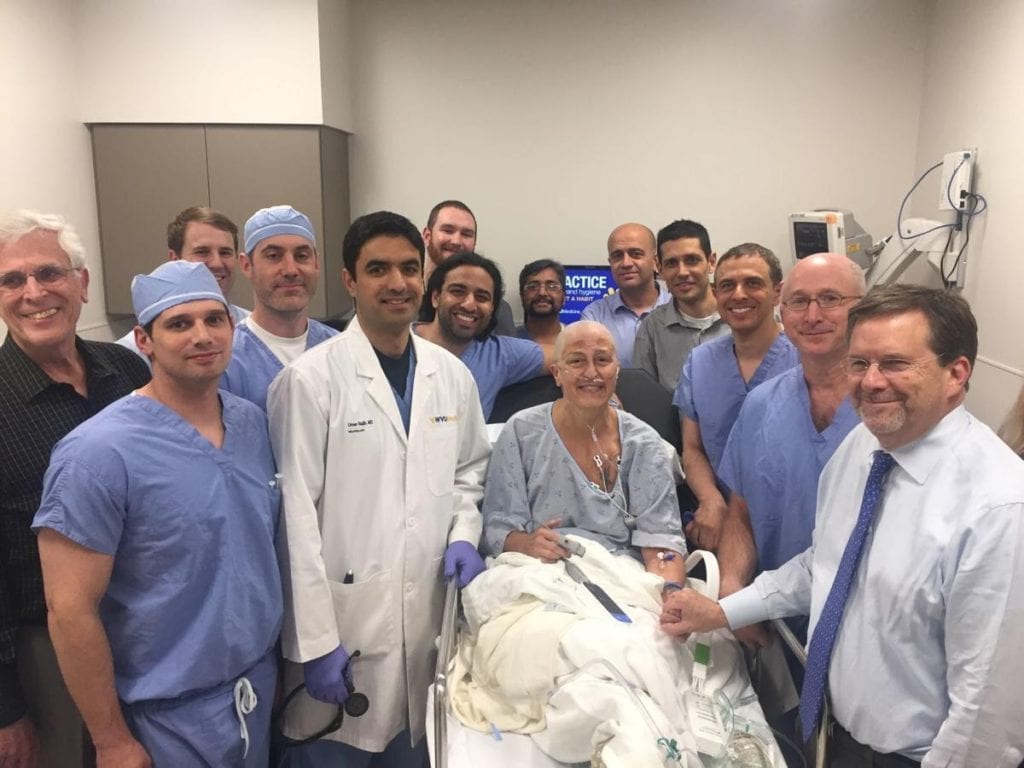 The brains of individuals with Alzheimer’s disease are riddled with biomarkers found to cause the atrophy of the brain structures. These biomarkers are plaques of beta amyloid and tangles of tau.

In this phase II trial, the patient wore a specialized helmet with over 1,000 probes through which ultrasound waves and oscillating microscopic bubbles targeted the hippocampus and other cognition-related structures of the brain. The result of these ultrasound waves coupled with the oscillating bubbles was the brain-blood barrier (BBB) opening, thus exposing the plaques of the brain to ultrasound waves. The challenge of any kind of neurological treatment is the rigidity of the BBB due to itss molecular makeup, so the fact this study reversibly opened the BBB is remarkable.

It’s important to note that one year prior to the WVU study, researchers at the Sunnybrook Health Sciences Center in Toronto reversibly opened the blood-brain barrier using a chemotherapy drug, oscillating bubbles and ultrasound waves to treat a brain tumor. The challenge of any kind of neurological treatment is the rigidity of the BBB due to its molecular makeup, so the fact this study reversibly opened the BBB is remarkable.

In animal studies, using ultrasound waves cleared the plaque buildup associated with Alzheimer’s disease. Using this knowledge and the groundbreaking results from the Sunnybrook Health Sciences Center’s study, Dr. Ali R, Rezai and his team used similar mechanisms to treat early-stage Alzheimer’s. The helmet with the thousands of probes made it possible for the ultrasound waves to target the brain structures affected by Alzheimer’s.

The patient, Judi Polak, is a former nurse at WVU, so the procedure hit close to home for her and the team performing it. Diagnosed five years prior to this study, Polak was discouraged by the lack of promising trials in the world of Alzheimer’s research.

Polak, Dr. Rezai and his team were heartened to conclude that the procedure was safely performed and that the BBB was successfully opened for 36 hours-a record amount of time for this feat. The day after the surgery, Polak reported being able to speak more clearly and think more quickly. Researchers were encouraged by this but emphasize that this is just step one-many more trials and research must be done to expand on these results.

More recently, researchers at MedUni Vienna Department of Neurology compounded on this research to include Transcranial Pulse Stimulation, TPS. TPS is considered a noninvasive method of targeting deep structures of the brain to deliver ultrasonic waves.  Doctors create a “map” of the patient’s brain-in Alzheimer’s patients, it might include structures associated with memory and cognition. Using this map, doctors deliver extremely precise and targeted ultrasonic pulses to those particular structures.

These pulses create changes in the membranes of brain cells, which in turn cues the development of compensatory networks. This chain reaction improves overall brain function. The result was improved performance on memory tests, improvement in mood and being more able to participate in conversations.

While this is not considered a cure or treatment for Alzheimer’s disease by any means, researchers are encouraged that this study may prevent cognitive decline.