Washington University School of Medicine recently made another step forward in the world of research into Alzheimer’s disease.

For years, researchers have been aware that the proteins that create clumps and tangles in the brain, amyloid-beta and tau, respectively, begin to build up in the brain of the PWD long before signs of memory loss appear. In some cases, these proteins were building up to twenty years before the confusion and other symptoms showed! To date, the only way to visually diagnose Alzheimer’s disease is with a positron emission tomography (PET) scan of the brain. Generally when a PET scan is recommended by a medical professional, the person with dementia (PWD) and their caregiver are likely to already know about the memory impairment. More methods of identifying and predicting Alzheimer’s are necessary to “catch” the disease long before the usual symptoms begin. The team at Washington University made have made progress in this area.

In this particular study, the blood of almost 160 adults over the age of 50 was measured for levels of amyloid beta. These levels were cross-referenced with the levels of amyloid beta identified on brain scans. Researchers found that 88% of the time, the levels of the protein in the blood tests accurately matched the levels found in the scans. While this is promising, it is not statistically accurate enough for a diagnostic test. To combat this factor, researchers took the study one step further. They combined the matching amyloid beta levels with two other risk factors: the fact that subjects were over the age of 65 and the identification of a genetic variant that triples the risk of Alzheimer’s. This triple threat of risk factors-blood tests, being 65+ and possessing the APOE4 gene-increased the accuracy of the blood test to 94%.

Randall Bateman, senior study author of the project, stated the results of this research could help doctors screen PWD without the expensive PET scans much earlier than usual. The earlier doctors are able to diagnose an individual with Alzheimer’s disease, the more likely it is researchers can identify PWD who are suitable for clinical trials aimed at preventing or delaying the development of dementia. 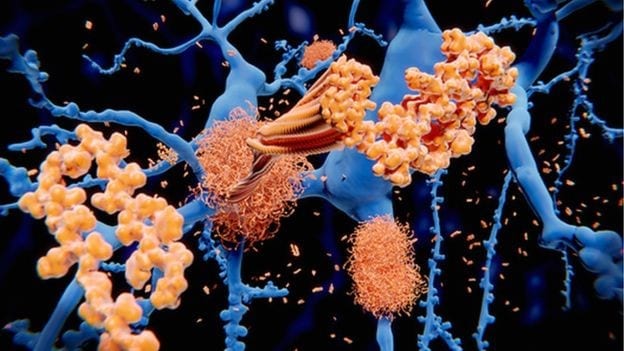