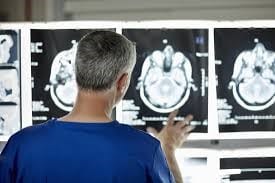 Researchers and those affected by Alzheimer’s disease have long thought that the buildup of beta-amyloid in the brain is what leads to eventual memory loss and brain atrophy. Now, a study out of California may suggest otherwise.

A paper in the journal Neurology elaborates on the findings concluded by the University Of California San Diego School Of Medicine and the Veterans Affairs San Diego Healthcare System. Researchers employed the help of 747 adults who agreed to undergo brain scans and neuropsychological screenings. Of the participants, 153 displayed symptoms of what investigators are calling “objective-defined subtle cognitive difficulties”, or Obj-SCD.

So, what’s the difference between a more commonly known mild cognitive impairment, MCI, and an Obj-SCD? MCI is generally a term used for individuals who may expected display age-related memory loss that is not yet severe enough for a firm dementia diagnosis.

Senior author of the study, professor Mark Bondi, says that the 153 individuals diagnosed with Obj-SCD had brains with beta-amyloid that built up at a faster rate compared to those were appeared cognitively healthy. Furthermore, these same participants had a thinning of brain matter in the entorhinal cortex. The entorhinal cortex is a brain region important for memory and spatial abilities.

The key takeaway from this study ties together the neurological assessments and brain scans: The people with Obj-SCD’s had higher levels of beta-amyloid in their brains at the beginning of the study, but the protein did not seem to build up any faster in these cognitively impaired participants than it did in the cognitively healthy.

“This work suggests that cognitive changes may be occurring before significant levels of amyloid have accumulated. It seems like we may need to focus on treatment targets of pathologies other than amyloid, such as tau, that are more highly associated with the thinking and memory difficulties that impact people’s lives”, says Prof. Bondi.

The success of this study is two-fold. First, it goes without saying that any progress into the world of dementia research is groundbreaking, as we have gone so many years with so few firm answers. Second, the medical care and screenings for Alzheimer’s and other dementias may be inaccessible and expensive to a large number of individuals with the diagnoses. These types of neuropsychological screenings used in this study are more affordable and accessible to the ever-growing population of individuals with memory impairment.