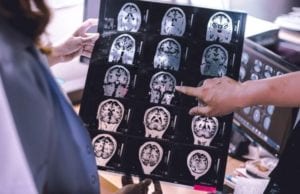 The world of dementia research and studies is vast and ever-evolving. Yet another type of dementia has been diagnosed: LATE disorder. LATE, which stands for “limbic-predominate age-related TDP-43 encephalopathy, presents like many other types of memory impairments. The disorder brings with it symptoms of short-term memory loss, cognitive impairment, and features of a dementia called frontotemporal dementia.

Unlike Alzheimer’s disease, LATE does not have the same biomarkers of tangles and buildup of amyloid-beta or tau. Instead, it causes a buildup of a different protein in the brain called TDP-43, according to a study at the University of Kentucky Sanders-Brown Center on Aging in Lexington for the National Institutes of Health. This realization is a cue to researchers and clinicians why many medications designed to slow the progress of Alzheimer’s do not work for many patients who are told they have a diagnosis of Alzheimer’s disease.

LATE is found to be most common in individuals over the age of 80 years old. This poses a tricky dynamic, as the older a person gets, the more likely he or she is to also receive a diagnosis of Alzheimer’s disease-meaning that LATE and Alzheimer’s disease can co-occur in memory impaired individuals.

Like many other research studies, getting more clarity on this diagnosis means operating by process of elimination through blood tests, PET scans and autopsy. LATE can currently only be diagnosed accurately with an autopsy.

If you’re wondering what you can do now, the research repeats the same healthy lifestyle choices: get plenty of exercise, sleep, avoid smoking, drugs and alcohol and challenge your brain daily.