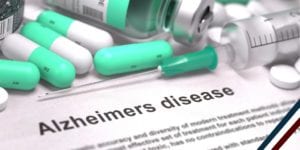 Image courtesy of My Vaccine Lawyer

Recently, the Washington Post published news exposing the fact that the pharmaceutical company Pfizer hid evidence that one of its drugs reduced the risk of Alzheimer’s disease.

Researchers at Pfizer have been investigating one of its rheumatoid arthritis therapy drugs, Enbrel, to determine its effectiveness on reducing Alzheimer’s disease. Studies found that the powerful anti-inflammatory reduced the risk of Alzheimer’s by 64%. According to Pfizer, science was the real reason the drug maker opted not to pursue further clinical trials.

The outcry of disagreement when this news was released was vocal-many argue Pfizer should have publicly released its data to the scientific and research community, no doubt so that they could move forward with a potential cure to the disease. The Washington Post states that there are many competitive generic versions of Enbrel, meaning it was not likely to continue yielding high profits for Pfizer.