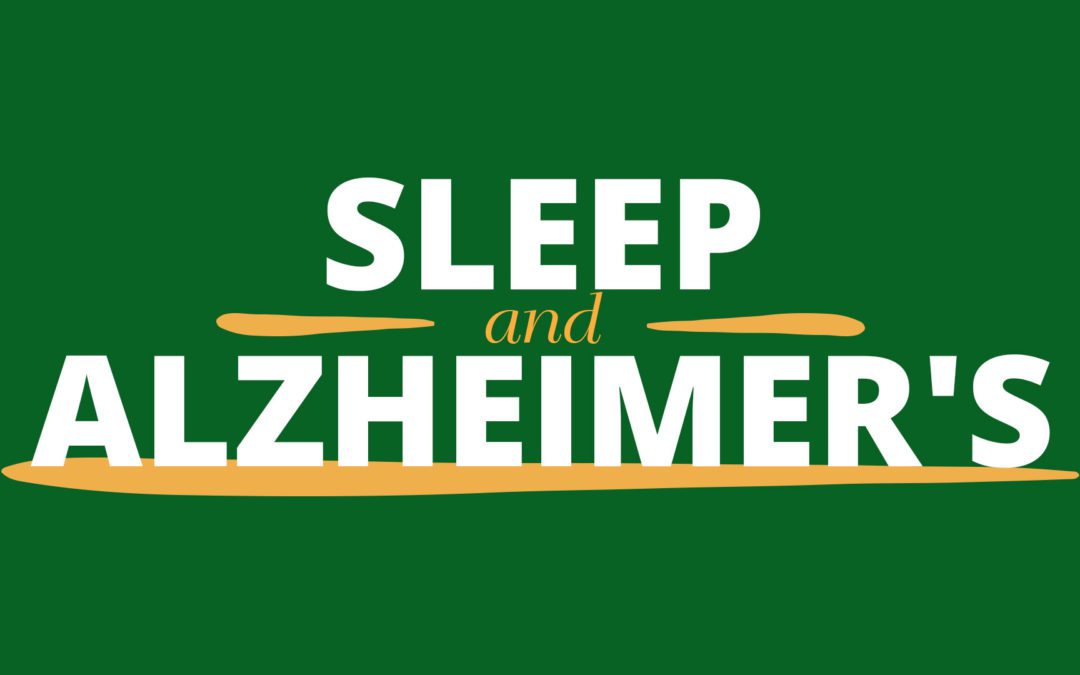 The importance of sleep cannot be overstated.  Consistently getting a good night’s sleep is connected with innumerable positive health and life outcomes.

How does sleep relate to Alzheimer’s disease?  You might be surprised at how intertwined these two things can be.  From prevention and detection in middle age, to effects on those already suffering from Alzheimer’s in old age, here are the ties between sleep and Alzheimer’s that are currently known.

Good sleep means good health.  This broad idea has been supported time and time again by research, linking better sleep to everything from improved mental health to enhanced athletic performance.

On this note, there is evidence to suggest that quality sleep earlier in life can protect against the risk of developing Alzheimer’s and other forms of dementia. In particular, a host of recent research has focused on deep sleep, when people are rarely dreaming and their brain follows a slow and steady beat.  The research has linked this stage of sleep with reduced levels of certain brain markers that are major hallmarks of Alzheimer’s.

So before Alzheimer’s even begins to develop, consistently getting deep sleep can potentially protect against development of the disease.

Correlation between poor sleep and dementia

On the flip side of the protective benefits of good sleep, we have the risks and negative outcomes associated with poor sleep. It has long been wondered whether quality of sleep earlier in life could predict the onset of something like dementia.  A recent 2021 study suggests that it, in fact, can.

This large-scale sleep study was conducted in Britain, and tracked participants’ sleep beginning at the age of 50.  Researchers found that those who slept less than six hours per night in their 50’s and 60’s were more likely to later develop dementia. These findings suggest that not getting enough sleep in midlife can increase the risk of developing dementia.

Poor sleep as a symptom of Alzheimer’s

Finally, in addition to the potential protective benefits of deep sleep, and risks of not sleeping enough, sleep and Alzheimer’s are even further related.  Changes in sleep patterns are a very common symptom for individuals with Alzheimer’s to exhibit. Sometimes these changes can be an early warning sign, and other times they develop later on.

Most often, the changes in sleep patterns exhibited by those with Alzheimer’s are as follows:

To some extent, a decrease in the quality and duration of sleep is normal as people age.  However, these problems tend to be exaggerated for those with Alzheimer’s and can exacerbate other issues and symptoms they are experiencing.