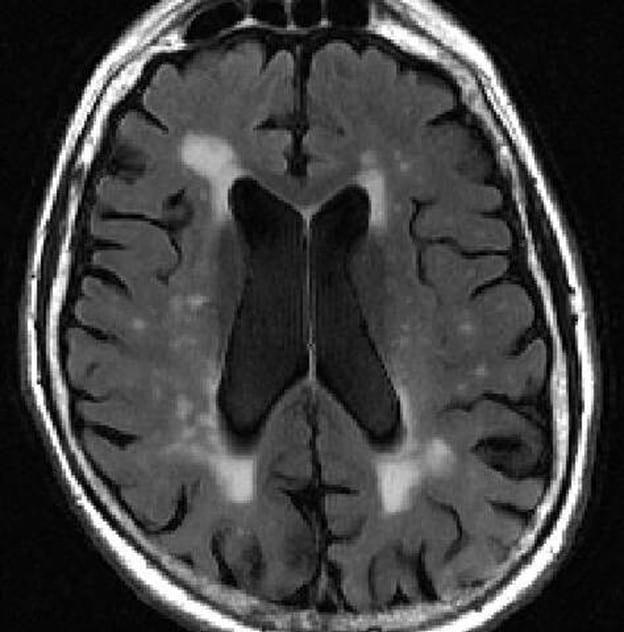 Having a diagnostic tool which is able to detect brain changes in early stages of cognitive decline is instrumental in providing therapeutics early and pave the way of identifying etiology of dementia.

The findings by imaging specialists at NYU Grossman School of Medicine center on small bright spots on scans called white matter hyperintensities. Increased numbers and size of the intense-white spots seen on the mostly gray images of the brain have long been linked to memory loss and emotional problems, especially as people age.

More spots on MRI and their occurrence in the center of the brain have also been shown to correlate with the worsening of dementia and other brain-damaging conditions, such as stroke and depression, say the study authors. The spots represent fluid-filled holes in the brain, lesions that are believed to develop from the breakdown of blood vessels that nourish nerve cells.

Current methods for grading white matter lesions rely on little more than the “trained eye,” researchers say, using an imprecise three-point scale, with a score of 1 meaning minimal white spots, while grades of 2 or 3 suggest more significant disease. The new tool was developed, researchers say, in an effort to provide a uniform, objective method for calculating the spots’ volume and location in the brain.

In the new study, publishing in the journal Academic Radiology online Oct. 27, the NYU Langone team randomly selected 72 MRI scans from a national database of elderly people, the Alzheimer’s Disease Neuroimaging Initiative. Equal numbers were from elderly men and women, mostly white and over age 70, with normal brain function, or showing some mild cognitive decline, or suffering from severe dementia.

Using the latest MRI techniques for accurate mapping of the brain’s surface, the team then used computer software to calculate the precise position and volume measurements for all observed white matter lesions. Specifically, they tabulated volumes, which are three-dimensional measurements in liters, based on each lesion’s distance from both side surfaces of the brain, with normal ranges between 0 milliliters (no lesions seen) and 60 milliliters (some lesions). Volumes greater than 100 milliliters indicated severe disease. When researchers cross-checked their measurements, they found that seven out of 10 calculations correctly matched the patient’s actual diagnosis. 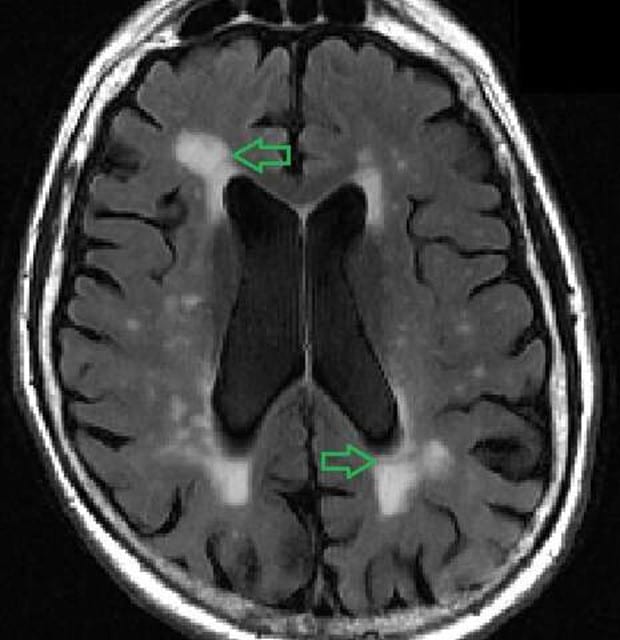 Chen cautions that the white matter brain measures alone are not sufficient to certify a finding of early dementia, but should be considered along with other factors, including a history of brain injury, memory loss, and hypertension, as clear features of cognitive decline and/or other brain and blood vessel diseases.

“Our new calculator for properly sizing white matter hyperintensities, which we call bilateral distancing, offers radiologists and other clinicians an additional standardized test for assessing these lesions in the brain, well before severe dementia or stroke damage,” says study senior investigator Yulin Ge, MD, a professor in the Department of Radiology at NYU Langone.

With a standardized tracking and measuring tool, says Chen, it is now possible to monitor the growth of white matter lesions relative to that of other tau and beta-amyloid proteins also believed to be potential causes of dementia and Alzheimer’s disease. The buildup of either substance could also prove or disprove one or more of the theories about what biological processes actually lead to various forms of dementia.

Chen says the team plans to broaden and test their measuring tool on an additional 1,495 brain scans to include a more diverse group from the same database.